“Plates are shifting, faults cracking, fires burning + foolish children are being led by a Pied Piper.

“Real rebellion is happening within those recognizing what it means to be responsible.

The timelines are splitting.

In one timeline, people are coming together and not allowing the media, the antagonizers, and various destabilizing agents to separate them from their own humanity, responsibility, and decency.

In another, a small band of Pied Pipers are leading people (mostly young adults) to psychological, spiritual, and, yes, physical slaughter.

In the first timeline…

The fundamental narrative is not black vs. white… cops vs. people… left vs. right… or any of it.

It’s not calling for a civil war (as a few groups in America want and are working toward).

It’s about turning swords into plowshares.

It’s a narrative of correcting bad incentives in the system that have caused no shortage of misery. (And, yes, there are many.)

It’s about taking responsibility for our behavior, our narratives, and our perception. (And not letting them get hijacked.)

It’s about bringing peace, purpose, and prosperity to the largest number of people…

In the (perhaps painful) realization that, despite what we’re told, we have yet to even begin to scratch the surface.

This particular timeline is a messy field of gray, yes.

But it’s one with a future.

And maybe even a pretty bright future, too.

In the other timeline, things are pretty bleak.

Anything and anyone that can be divided, will be.

It’s important to recognize this timeline is artificial. It’s a Hollyweird script. It’s manufactured. Fake. It requires a constant pounding of propaganda, fear, anger, and terror.

It thrives on indiscriminate violence. And the more the better.

It has no real courage and hides in the shadows.

It has no real heart or authenticity and thrives on manipulation.

It knows nothing about what it truly takes to create… only what it takes to control and destroy.

It’s the timeline of the sleepwalkers, the zombies, the living dead.

It’s the land of the lotus eaters.

And it’s led by the Pied Pipers of media, Hollyweird, poly-ticks, and deliberate agents of destabilization.

Unfortunately, as said, those who continue along this timeline…

Are being led directly off a cliff — to mental, spiritual, and physical slaughter.

To think that, over the past three months, many violent prisoners were set free, while peaceful people were locked up for sitting in parks…

To think that, in many places, masks were made mandatory…

And to observe that the video of Floyd’s death at the hands of Chauvin seems, as mentioned yesterday, almost too deliberate and intentional.

But, of course, that’s just me being paranoid.

Zooming back even further, however, we get the bigger picture of how we got here.

We see the funny munny system which has, over the decades, all but necessitated the poor get poorer…

Meanwhile, of course, they’re surrounded by a Hunger Games Establishment…

Those pushing for a society of wanton materialism, glorification of violence, dependence and addiction, and increasingly, at the top, extreme decadence. 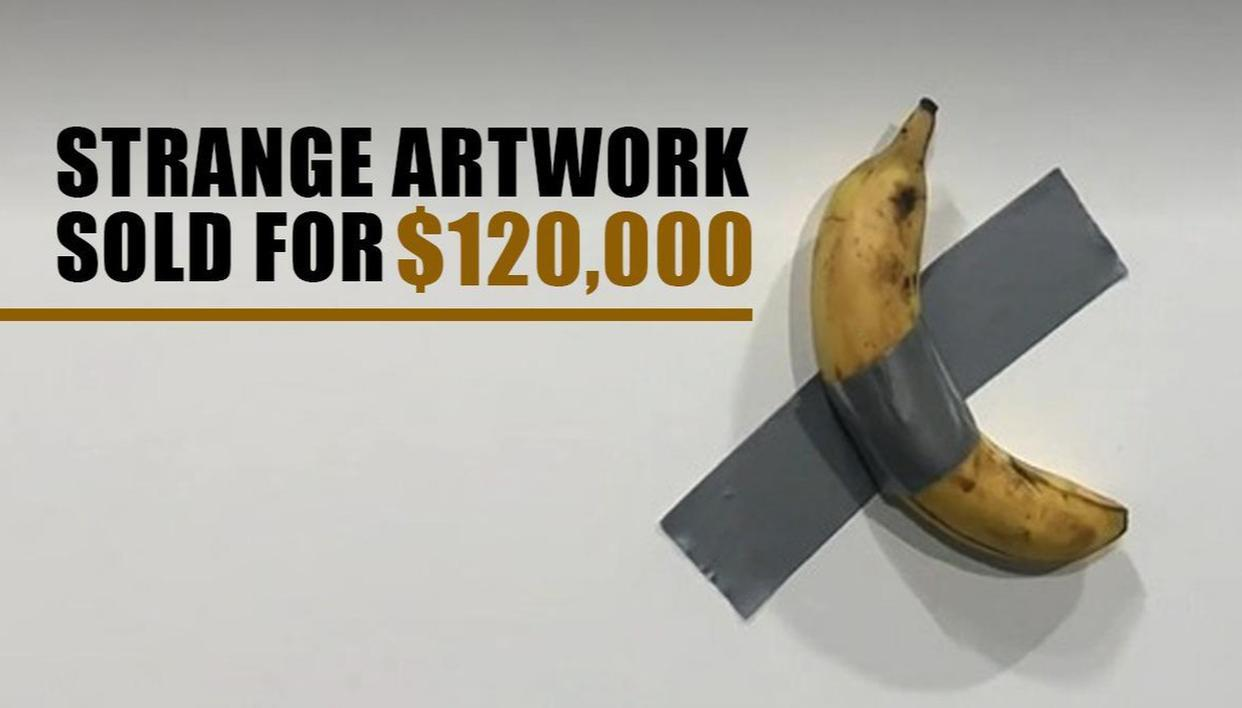 As you know, far too many people in America are trapped in a bureaucratic hellhole of horrific incentives, little autonomy, constantly having to ask for permission — all in order to live in socialized, rundown, lead-filled public housing.

(And, guess what? The cronies — public and private — profit off of all of it.)

And the well-known refusal of many police departments for candidates who do “too well” on the aptitude tests.

Consider what an (alleged) NYC cop recently said in an anonymous interview with the Bklyner:

Though we can’t verify he’s actually an NYC cop, what the interviewee says is true everywhere we look, from podunk to urban sprawl:

“How many tickets did you write? How many people did you arrest? It’s not about how good your rapport is with the public or how intelligent you speak… It’s how much can you produce for me and what can you do to make the commanding officer get promoted? It all goes back to revenue and what you can do.”

Most people, I suspect — the good cops included — would agree.

The system is structured as an extraction machine.

And, in too many ways to count here, has wildly overstepped its bounds.

It allows for the bad guys to thrive with near-impunity and gets the good guys to stay silent and look the other way.

It’s not completely about the “bad apples.”

It’s about the bad incentives which empower them.

Furthermore, turning back to the chaos, let’s not leave aside the rapidity with which the media has stoked the flames.

And let’s not forget the incredible speed in which Hollyweird elites created a safety net bailout fund.

Those bailouts didn’t just extend to those protesting peacefully (which, yes, many arrests were unjustified), but also those arrested for rioting, looting, and inflicting violence…

Often helping to destroy the very communities the protesters wish to protect.

Once again, the glitterati’s lazy and misguided shotgun approach — AKA, what the Buddhists call “idiot compassion” — has done more harm than it has helped.

And, of course, last but not least, the professional agitators. The agent provocateurs.

The useful idiots who mistakenly think they’re “revolutionaries,” but, in reality, are getting Americans to root for Martial Law… and leading (perhaps otherwise generally good) kids to slaughter.

There’s more than enough evidence to suggest violent groups have infiltrated and are manipulating the protests.

Moreover, is it just a coincidence that pallets of bricks have magically appeared along the path of the protesters?

Buzzfeed will tell you “yes, absolutely.”

We’re not so sure.

Among many other examples, a Dallas, Texas resident filmed this on Harry Hines.

(Who in their right minds would think it’s a good idea to stick a pallet of bricks on the sidewalk right now?) 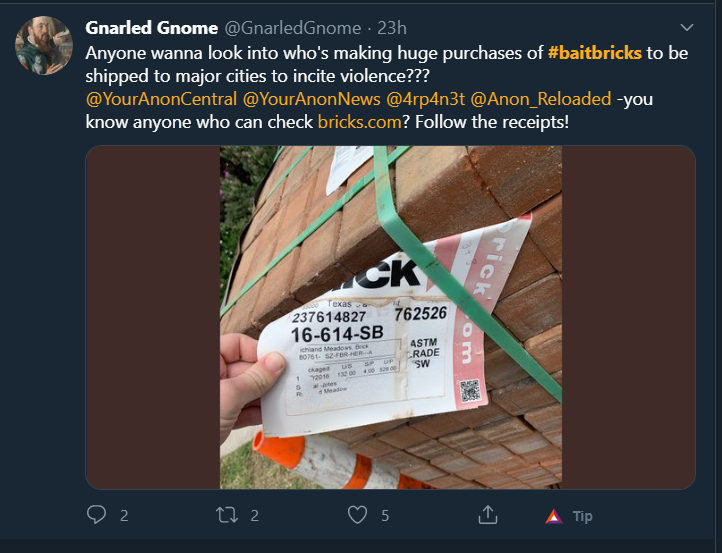 It’s not just bricks solely for “construction,” either.

In this video, a cop is seen removing a stack of them off the street. 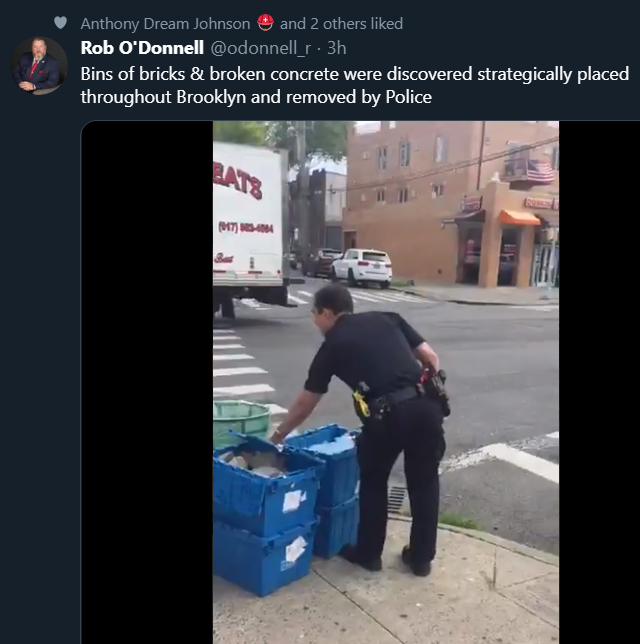 This, also coincidentally, was a tactic reportedly used by the CCP on Hong Kong protesters.

Their response? Super glue them to the streets. (Clever.) 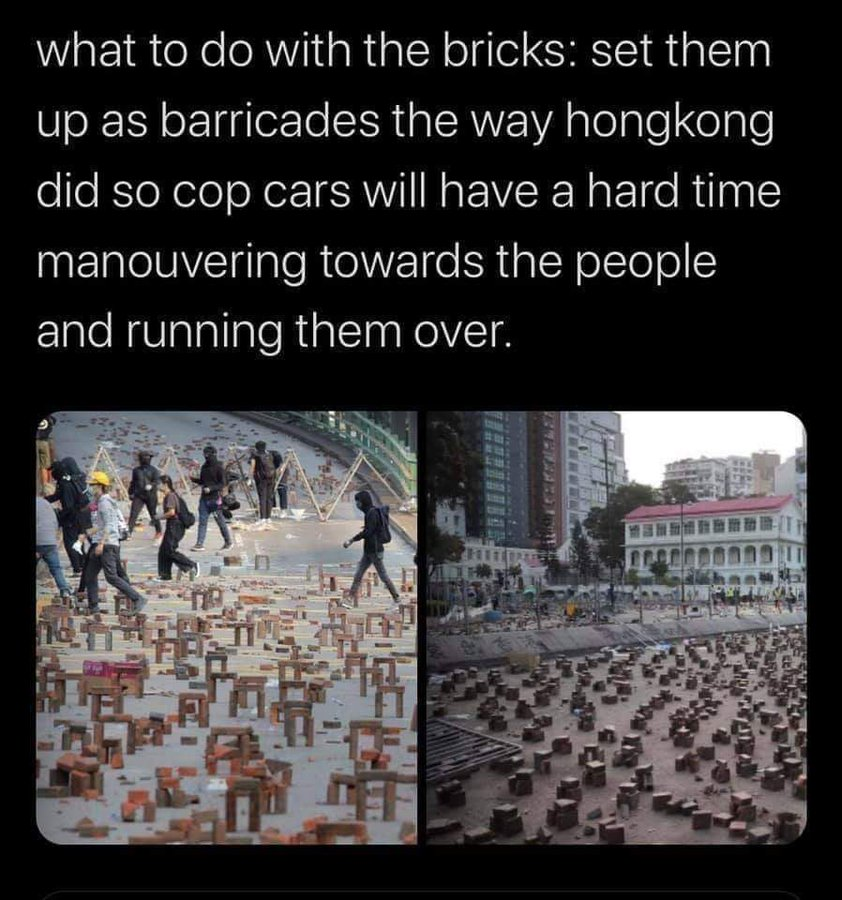 Fortunately, many of the protesters are wising up. 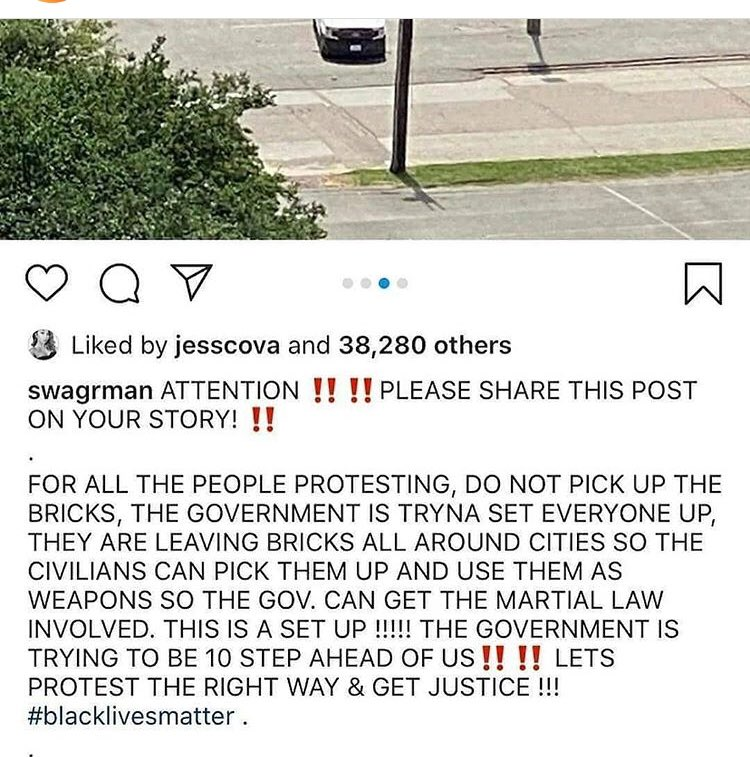 And hopefully they begin to realize…

The mainstream media has, time and again, portrayed  the ultra-violent Antifa as the good guys.

Angels who only use violence to protect the innocent.

Curiously, although the media has portrayed anyone with garden variety conservative views as racist and a threat to society…

One thing’s for sure.

The radical fringes aren’t at odds, fighting for a better world.

The agent provocateur’s goal has always been to use warring sides against one another… in order to justify police-state curfews, lockdowns, and military deployment.

There is a “they” there.

All the world’s a stage.

Don’t give them what they want.

Everything you’re seeing is meant to push you past the point of no return.

The path ahead might be painful, violent, and chaotic.

But courage, decency, and humanity is necessary.

And, when all is said and done, the good people of this country, and this world, will rise up like never before and take it back.

View all posts by fiatlux333